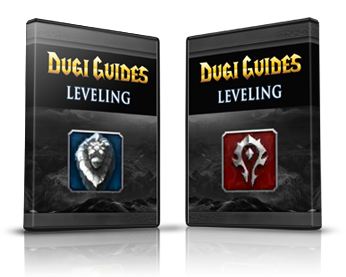 With the release of the WoTLK in mid November 2008, a new class, The Death Knight, was introduced.

Once you create a Death Knight you will enter the game as a level 55 character that is loyal to Arthas the Lich King. You will start fully equipped with green gear and 4, 12 slot bags and 20 silver in Acherus – The Ebon Hold which can be found in the Eastern Plaguelands. As you start questing near The Ebon Hold you will be rewarded talent points and blue item and once you reach level 57 or so you will have the regular amount of talent points for that level and full blue gear.

I will not take away the fun by explaining the quest chain but I can tell you that the quest chain is cool and rewarding. You can reach level 58 in just an hour or two by doing the quests around The Ebon Hold so even if you do not intend to play a Death Knight it is nice to at least pick up some cool lore. Once you hit 58 you are able to go to the Outlands though and you know that the leveling there isn’t time-consuming, so who knows; even if you didn’t plan to play a Death Knight, you might still get stuck playing one because it is a cool class.

The Death Knight is a melee class that can wear most of the melee weapons. One can equip two one-handed weapons or choose for one two-handed weapon. He can serve as a melee damage dealer or as a tank. A Death Knight however, cannot equip a Shield. They are able to wear plate armor and are able to get a very high parry chance.

One of the first quests you will come across is called “The Emblazoned Runeblade”. This quest will give you the ability called Runeforging. This ability can be used to forge a rune on the DK’s weapons.

The Death Knight has three talent trees like any other class namely Blood, Frost and Unholy. Each tree gives advantages and it’s up to the player’s preference which talent tree, or combination of talent trees he would like to use.

The advantages of a Death Knight are that he starts at level 55, is very easy to level and can continue fighting for longer periods of time, can both tank and dps, they can have a Ghoul and Gargoyle pet and that they look sort of cool. The disadvantage of playing a Death Knight is that almost everybody has decided to play a Death Knight, which makes it harder to find groups and raids etc.

Practical tips to block an anonymous call on Smartphone

The best mobile apps to save money

Tips to Sell Mobile Apps in a Highly Competitive Market